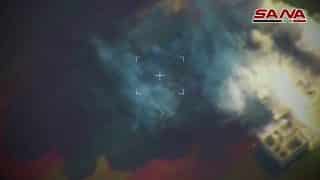 On February 21, the Syrian Arab News Agency (SANA) released a video revealing the catastrophic losses the Turkish military and its proxies sustained during their recent failed attack on the town of al-Nayrab in southern Idlib. The attack saw the direct participation of the Turkish military, which provided al-Qaeda-affiliated Hay’at Tahrir al-Sham (HTS) and the […] …read more