Iran Downs Another Probably US Stealth Drone Over Persian Gulf 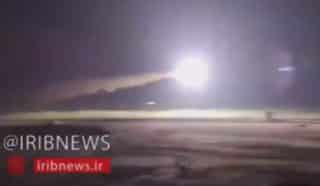 Iran’s Army has shot down an unidentified drone that was violating Iran’s airspace near the port city of Mahshahr in the southwestern province of Khuzestan on the Persian Gulf coast. Commander of the Iranian Army’s Air Defense Force Brigadier General Alireza Sabahi Fard said the intruding unmanned aerial vehicle was brought down early Friday before […] …read more