US Hired Mercenaries to Wipe Out Its Own Kurdish Allies: Report 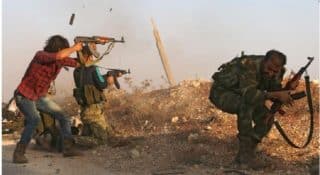